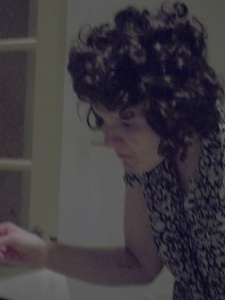 My name is Finola Moss.

I was a specialist features writer for the New Law Journal, and Solicitors  Journal.

I started my blog out of desperation to see if anyone might help to do something about my family and daughter’s  plight.

My daughter was diagnosed as autistic at 4 years old but found to have no general learning disabilities and  strengths in visual and spatial awareness.

Issy attended the top of the league primary school in Sheffield until 7, and at 5 read age 7 books and could spell phonetically.

Issy is not severely autistic as Autism Planet  has stated in fact there is no such thing.

Her development, has been severely affected by her inadequate/inappropriate education, and her state ‘care.’.

As have the development of many other autistic and learning ‘disabled’ who suffer and die in silence for huge profit in totalitarian Britain.

They are illegally deemed ‘incapable’ under the Mental Capacity Act 2005, and  taken by the state at 18

The following description of life in  such an institution is  taken from Justice For Thomas Rawnsley’s  blog;

‘Imagine YOU are trapped in a unit or a home which is locked,

you have no choice over when or what you eat, when or if you go out, what you wear, when you go to bed, when you watch TV, what you do minute to minute is dictated by people you have not chosen to ‘look after you’.

Your family are only allowed to visit occasionally. Staff are present when you have family time.

You spend hours upon hours unmotivated and not stimulated. You are ignored and neglected. The moment you try and get attention you are considered to be ‘acting out’.

At any time family visits can be stopped for ever as deemed not in the service user’s ‘best interests’ under the MCA.

Thomas was 20 when he died from over anti psychotic medication in a venture capital backed Cambian ‘community living’ ‘home’.

Cambian/lifeways adult services was bought by Universal Health Services US in 2016 for 379 million.

NHS England’s Head is a former executive of UHS.

Parents have no rights over their child’s care or treatment once they reach 18.

There are no schools for special needs after 16.

Replaced by ad hoc, disparate ‘education packages’, that  purportedly train for ‘independent living’ mainly within these institutions until 25.

Huge amounts of money average £200,000 per annum is ploughed by LA Care, NHS and Education into the ‘independent’,’ community living’ industry, and is effectively unaccountable so ripe for exploitation, and cronyism and all powerful.

Facilitated/ forced on the excuse, of  LA ‘cost cutting’ and allows no other Adult support for parents.

At 18 there is no duty on LA to fund such support and now most don’t.

By contrast, away from family living costs  a minimum of £5000 a week on the deemed severity of a person’s behaviour/condition.

Yet the Autism Act is not followed and the institutions are mixed disability all receiving the same standard services of drugging to manage..

In locked mental hospital wards an autistic/LD  can command £12,000 per week  of NHS public money..

There is no measure of outcomes.  And ‘Community Living’ is enforced  by the MCA for life in a person’s best interests.

It is the perfect buisness model and means of siphoning off  public money to increasingly venture capital backed provision commissioned and overseen by LA ..

On average £82,000 for social care with equal sums added for both Health from NHS, and Education ( if under 25)  under the Chronically Sick and Disabled Act.

This was how my daughter’s £177,000  tax free per annum National Autistic Residential School placement was funded.

This money by law is made available to the disabled and their families, that is why the Act was passed in 1970, but the money has been hijacked by Local Authorities/NHS and now makes private profit.

In addition, all disability benefits, housing benefit, DLA, Mobility can also be claimed by the provider.

Itinerant, unaccountable, zero contract care, provided by agencies paid at least if not twice what the care worker is paid for simply providing the work.

And, who can complain about the service ?

Not the service users as they are deemed under the MCA to be ‘ incapable’.

Nor their parents, as they would never be allowed to see their child again, and our gagged by the COP on confidentiality grounds under the Mental Capacity Act 2005.

Those that oversee the provision commissioned it, so would be liable for its inadequacy.

Families like mine, are now, due to changes in the law, which dictate social care, medical, and educational services, placed at the mercy of a ruthless, greedy state.

The old, disabled, and vulnerable are being herded up and encaged for life and profit under the Mental Capacity Act often illegally.

And used as a cash cows.

Once deemed ‘incapable’ under the MCA on illegal standard general assessmentsd by state ‘experts’.

There are no figures, as to if, anyone, manages to pass this assessment once targeted.

But, the effect of their failure is cataclysmic.

The ‘incapable’ becomes a non person.

Unlike an animal, he has no RSPCA to prosecute his state carers.

He can be forced to live anywhere, take any medication.

Any  drug trial,  therapy or research can be performed on him .

He can be made a  Joseph Mengele lab rat.

Even his dead body, is no longer his own.

The state can use every bit under MCA Regulations.

And as such, relentlessly and ruthlessly pursued.

And at least 3 a day die needlessly.

They are zombified by anti psychotic drugs, their moods enhanced with antidepressants  to make them easier to manage and to provide pharma profit.

74% of autistics are now on such drugs see The Risperidol Scandal post.

And encaging is easy .

All is done in secret, and all GPs, and agencies collude.

Your name in on all their sharing computers illegally sharing any information about you and holding secret meeting under MASH- Multi Agency Safeguarding Hub.

Charities are  funded and controlled by the State so they have no voice.

Our on message media will not expose this scandal.

That is why this blog, is so important, it is their only voice.

The rich, can avoid the state, by private schools, which do not have SEN, now ECHs funding, and can avoid an autism label/learning  disabled and state control,and those ‘on message’ are protected.

The rest are condemned.

We did not vote for any of this, and it has been put in place by a former labour and present conservative governments insidiously.

Whilst politics appear irrelevant, humanity, morality and freedom are.

Please read this blog, of what has happened to one disabled family, at the hands of the state.

And the law and pharma profits behind it.

And think of the evil, that is being done to so many, and all those who suffer, and die in silence, for profit.

And please help make it stop.

You can contact me, confidentially, on my email finolamoss@gmail.com

Thank you for your time.