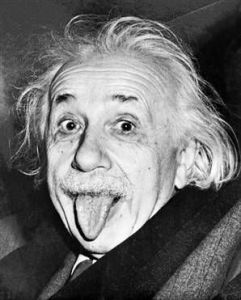 The truth is startling.

No one has a clue.

There is no pathology, no gene, no biomarkers and little understanding .

It is an intrinsic part of an individual’s personality.

And as such, many maintain is not an ‘impairment of mind’, under the Mental Capacity Act.

And, it was not until recently  a mental disorder under the Mental Health Act.

It is a spectrum, we are all on.

Like quantum mechanics, it does not exist, until observed and labelled.

Only 70 years ago, it was merely a Greek word, meaning, ‘absorbed in self’.

Associated with loners, high intelligence, gifts, cold mothers, and, the children of academics.

On reading Plato’s description of Socrates, he could well have been autistic.

Yet a ‘lack of imagination’ is one of its main diagnosis criteria.

Read this lady’s account of the genius of her autistic  son.

Here a mute autistic writes how wrong the experts are about him.

But today in the western world autistics are made the biggest cash cows .

They cost the UK more than cancer,or heart disease.

Yet a recent study shows, they are 2.5 more likely to die prematurely in comparison to the rest of the population.

Why, as autism is not a physical illness ?

Is it because the autistic are huge pharma cash cows, earning billions for the autism and pharma industries, yet  receive little or no proper medical treatment.

And as a lucrative commodity the  number of autistic in the UK has increased ten fold, in the last 15 years, and 50% in the last 5 years.

In the US, study shows, it will cost one trillon billion dollars by 2025 http://consumer.healthday.com/cognitive-health-information-26/autism-news-51/u-s-autism-costs-could-reach-1-trillion-by-2025-study-701789.

So there is an awful lot of money to be made out of autism.

It is likely, some disorders diagnosed as ‘autism’ is not but reaction/effect of vaccines- compulsory in USA, put under autism’s vague umbrella.

Autistics are now assessed,  as intellectually disabled, based unfairly/discriminatory on adeptive skills alone, irrespective of IQ.

And then  taught, medicated, and treated, as if mentally retarded.

And, worse still, autistics being assessed, at 18, as being ‘incapable’ of  the most basic decisions, as to who they have a relationship with or where they live.

The Mental Capacity Act 2005 is being  illegally enforced, allowing the state to declare the autistic,  incapable of making any future or past decision.

Yet, educationally, autism, is a conditioning disability, not a learning one.

Autistics are not intellectually disabled.

Autistic children’s  IQs, have been shown, in recent research by Swansea University, to be underestimated, as IQ tests are designed for non autistic children.

They merely have a different perception of reality, and therefore think, and  learn differently.

Autism, is explained and defined, as a difficulty with social imagination, communication, and interaction.

What is social imagination ?

Autistics, once labelled, are perfunctorily and simplistically stereo typed, with little regard to the individual.

All like routine, all have sensory problems, all do not look you in the eyes, all hate transitions, all do not understand others emotions, and, the most damning  judgement, all are insentient, under the Mental Capacity Act.

And all this is wrong and discriminatory.

The different, are penalised, because they do not behave socially, learn or communicate as they should.

This, and, ever more blunted psychological diagnostic tools, make it, far too easy to label, a person, who merely, has an unknown, educational, communicational, and social ‘difference’ from the norm.

The diagnosis based on adeptive skills and misdiagnosed intellectual disability.

With such a cash cow, is it any wonder, more autistics are sought.

By awareness campaigns, in their best interests.

The latest is, to harvest autistic girls, on the basis, too few are being diagnosed.

Yet, the proportion of autistic girls, accords with the biology that the X chromosome masks the disorder in a female.

Who is merely a carrier of the ‘autism’ gene.

And a female will need both her X chromosomes to be affected, so an affected X from each parent, to manifest autism.

So is 50% less likely than a male to be autistic.

Mandatory  Universal Autism Screening has been called for.

The ‘at risk’ who might not be autistic are sought, and research into genetic causes and biological processes paid for presumably to market drugs and vaccines but specific genes cannot be found.http://www.medicalnewstoday.com/releases/308185.php

It can now supposedly be detected in babies and now before symptoms appear.

An autism label has already proved devastating for over a million in the UK.

Who with America, form an epidemic in the western world, but not   in the East, and, autism, is virtually non-existent in the third world.

The, ‘in the know’, late developing eccentrics, with private means, can avoid detection, and labelling, research proper education, and, like the characters in the New York specialist school in the book, ‘Bring in the idiots’, become high flyers, in literature, and technology.

But not, the ever increasing majority, destined, to be cash cows, for the burgeoning autism industry.

74% are on anti-psychotic drugs, and, imprisoned for life in NHS ‘treatment’ centres, or ‘independent’ away from family living.

Autism is a social conduct development ‘disorder’ at most, and was not within the Mental Health Act until  recently.

It is not a mental illness.

But recent campaigns that autistics’ mental health was being neglected, enabled, autistic conduct to be perfunctorily diagnosed as separate mental disorders.

Even normal reactions of autistics to crowds, noise, muti stimuli has  now been labelled a separate disorder of Pathological Demand Disorder and Petitions supported by NAS have had it recognised in Scottish Parliament.

How can a mere facet of autism be recognised as a separate disorder, when this should have been appreciated as part of ASD and educated, treated cared for already ?

It serves to surreptitiously widens the net of cash cows by more diagnosis and will not improve care.

ASD has only be placed in the MHA fairly recently and is not a mental but a conduct disorder.

Continually government money is spent to show autistic are mental, the latest Cambridge and Coventry University report on their greater risk of suicide and depression January 2017.

This is the worst form of discrimination and misrepresentation of the autistic and allows autism to be a mental disorder and other mental disorders to be added.

Each requiring profitable medication- OCD, psychosis, anxiety, depression, self-harm, OD, ADHD, and increasing the amount that can be claimed for their care.

So they really are a useful, lucrative feed to the mental health industry and pharma.

How did this all happen? Is no one fighting for the autistic ?

In 2007, the National Autistic Society was the 8th largest charity in the UK, rich with government funding, and, 177,000 per annum residential school placements.

But,  was, strangely, precluded by its trust deed, from researching into the causes of autism.

Its campaign for autism rights, embodied in the Autism Act 2009.

To date I know of none.

So Local Authorities can ignore the Act.

But, the LA, commission, and the NHS pay, independent living providers, like the National Autistic Society, Autism Care UK, on the ‘severity’ of the individual’s disability.

Using the money available for disabled, and  family support, under the Chronically Sick and Disabled Act1970.

But now neither are given an option except private enforced secret care.

The autism industry, and venture capital, profit from creating ‘difference’.

The autistics have lost their lives, and, we have lost our visionaries, and eccentrics.

See here how a definition of autism allows  the state and care workers to decide all your decisions for life even when you are obviously capable and high functioning.

See fate of this 20 year old diagnosed  as autistic at 18, when Dimensions who own independent living support and the LA  got involved in her life. And an LA behavioural psychiatrist who decided she was MCA incapable of deciding, who she had relationships with and where she lived- terrifying stuff, happens nowhere else in the world.

Read here latest book dispelling the myths about Autism by Steve Sliberman, The Legacy of Autism and the Future of Neurodiversity

Dr Hirvikoski says that she was “shocked and horrified” at the results.

Her team found that the mean age of death of somebody with autism was 54 – compared with 70 for the general population. For people with autism and a learning disability, life expectancy was a mere 40 years.